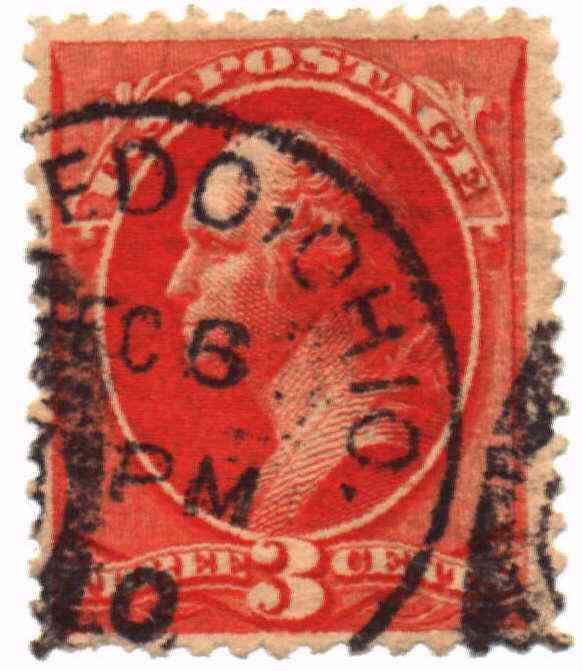 This three cent stamp (Scott number 214) is printed in a particularly striking vermillion color. It was first issued in this color in 1887, after being printed with the same design in green for many years. The green versions, such as Scott number 207, are quite common.

Finding this later vermillion version of the stamp in decent condition can be a life-long quest for the collector of classic U.S. stamps. Finding it on cover is more difficult yet, since the First Class rate had been lowered to two cents four years before (1883). Thus, this 3 cent stamp was less likely to be used on ordinary mail.

There is an interesting sidelight to this postage rate. Before the 1883 rate drop, letter postage was 3 cents for a number of years. However, it was hard to make change for a 3-cent purchase, so the United States issued a 3-cent coin during this era of the 19th century. I am told that the entire purpose of this coin was to simplify the purchase of 3-cent stamps for first-class postage.